For those who like a built-in straw design, this bottle has survived the test of time as a proven model 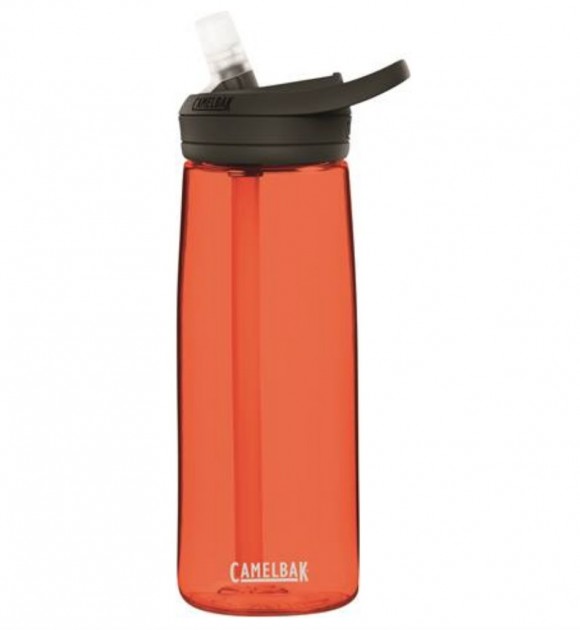 By Jane Jackson ⋅ Senior Review Editor  ⋅  Mar 25, 2019
Our Editors independently research, test, and rate the best products. We only make money if you purchase a product through our links, and we never accept free products from manufacturers. Learn more
63
OVERALL
SCORE

The Camelbak Eddy+ is a slightly updated version of the classic Eddy bottle. The plastic, 0.75-liter (25 ounces) version we tested is lightweight, portable, and comes in a variety of color options. The biggest feature that sets the Eddy apart is its straw feature. The straw folds out when in use and collapses into the lid when stowed. This updated version of the Eddy has an improved straw that is more leak proof than its predecessor. Even with its updates, the Eddy+ still has some drawbacks. The straw and lid are difficult to clean, and the soft rubber material seems to attract dirt and mold. We like that the bottle itself is durable and lightweight, and if you clean the bottle frequently, the straw should stay relatively clean and mold-free.

Our Analysis and Test Results

The Eddy+ received average-to-above average scores in our rating metrics, with its strengths being durability and weight.

We were quick on the draw with the Eddy+. This bottle is light and easy to carry.

It seems like the Camelbak Eddy+ is designed with this metric in mind. The whole point of the bottle is to make drinking easy, and we found that the days we had the Eddy+ with us were days where we drank a ton of water. The retractable straw feature and carrying handle make up the bulk of the lid. The carrying handle is large enough for three fingers to fit into it and allows the bottle to be carried easily in hand.

We loved the retractable straw feature on the Eddy - it facilitated hydration on the days we brought this bottle out and about.

The retractable straw is the Eddy+'s claim to fame. When the straw is in the closed position, it is out of the way and doesn't leak. When open, the straw will leak a little bit if tipped on its side or upside down.

The 0.75-liter Eddy+ works well in urban and outdoors settings. Here, we stashed it in our bike bottle holder on a commute.

In some ways, the Eddy is easy to clean - with only a few different parts that are all dishwasher safe and able to be disassembled fairly quickly and easily. On the other hand, the bottle seems to attract mold and get dirty pretty quickly with consistent use. We found the straw and to be pretty hard to clean by hand.

Overall, this bottle proved to be very durable. Its plastic body bounced off the ground when dropped, remaining pretty much unscathed. The updated lid seems like it is made out of more burly plastic than the previous version of this bottle, improving its overall durability. The straw and bite valve are the weakest points of this bottle, and if you are prone to chewing on the straw, it will definitely wear out quickly. Luckily, Camelbak sells replacement parts for the bottle online.

If the straw gets moldy or old, replacement parts are sold online for relatively cheap, adding to the longevity (and long-term price) of this bottle.

With a measured weight of 7.1 ounces, the Eddy+ is one of the lighter hard-bodied bottles in this review. Plastic bottles will definitely weigh less than stainless models, and the collapsible options we tested, of course, take the cake in terms of lightweight design.

The Eddy+ is lightweight enough to bring most places without a second thought. We brought this bottle to the climbing gym, the coffee shop, and on hikes.

The Eddy+ did not excel in this metric. The rubbery bite valve and straw seemed to impart flavor. When we filled the bottle with sports drink mix, these fruity flavors seemed to linger for days after. Similarly, the Simple Modern Summit had lingering flavors in its flip cap lid — both lids have many nooks and crannies where flavors can live for weeks if the bottle is not cleaned frequently. The Summit has the advantage of having interchangeable lids, which kept flavors separate and the bottle cleaner overall. Also, the Eddy+ had a plastic-y flavor initially that took a few days of use to get rid of.

The Hydro Flask, shown on the right, was much better at shedding flavor than the Camelbak Eddy on the left.

The Eddy+ is a pretty good option for folks on a budget. The bottle is durable, long-lasting, and versatile — we find that versatility is a big factor in a bottle's value; bottles that can be used in many different situations are good investments overall.

We tended to use the Eddy+ as a bottle for just water, which allowed us to wash it less frequently.

The Camelbak Eddy+ is a slightly revised version of a classic. This plastic bottle with an integrated straw has been replicated and emulated by many different bottles over the years. We like the Eddy+ because it is simple, inexpensive, and versatile. There are a few drawbacks with the bottle, though, that take away from it winning any awards in our eyes. The tendency toward funk build-up and the lingering flavors that occur with the straw and bite valve take away from the overall positive experiences we have had with the Eddy. Overall, this is a good bottle, but not our favorite pick. 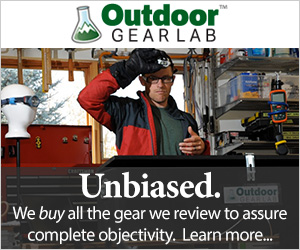 The Best Water Bottles of 2020

We’ve been back in the ring testing this year’s top 18...

How to Choose A Water Bottle

The number of options out there for water bottles can be...