A good stability shoe that will last multiple seasons, though not as comfortable as other shoes

By Ryan Baham ⋅ Review Editor  ⋅  Nov 15, 2016
Our Editors independently research, test, and rate the best products. We only make money if you purchase a product through our links, and we never accept free products from manufacturers. Learn more
61
OVERALL
SCORE
RELATED: The Best Running Shoes of 2020

ASCIS no longer makes this version of the GEL-Nimbus.
For those looking for a good old-fashioned, trusted traditional stability layout retrofitted with the latest technology, the ASICS GEL-Nimbus 18 is a fine choice. The ASICS GEL-Nimbus is a very consistent model whose past designs have made it very popular with runners and indeed the 18 is no different. While we did not give it any awards, it remains an all-around great shoe and is perhaps the best traditional stability shoe in our lineup. This greatness can be attributed to its ASICS GEL cushioning system which ASICS developed in the 80s and has been improving ever since. In the GEL-Nimbus model they also use a number of unique stability features to firm up the ride, but if you are looking for a more cushioned ride with fewer traditional features like the GEL-Nimbus' 10mm heel-to-toe drop, check out our review of the HOKA ONE ONE Clifton 3.

Our Analysis and Test Results

The author in the ASICS GEL-Nimbus (fore) and marathoner John Stephens in the Brooks PureFlow 5 (back) out performing side-by-side comparative analyses of the cohort.

The GEL-Nimbus 18 is a great shoe for the runner in need of a stability and a sturdy, long-lasting tank of a shoe.

The GEL-Nimbus 18 uses ASICS' own high abrasion rubber outside and DuraSponge® to create a stiff, responsive sole, though the forefoot and heel both have ASICS' GEL cushioning to mitigate percussion. We rated the GEL-Nimbus 18 among the most responsive shoes, but found the forefoot's response somewhat lacking relative to the rearfoot. For us, the Altra Torin 2.5 had a more uniform responsiveness across the entire sole, making it an ideal shoe for the all-around runner. The GEL-Nimbus, however, is well suited to heel-strikers and those who feel they need stability.

The ASICS GEL-Nimbus 18 has a stiff, responsive midsole fortified with ASIC's Trusstic System®

The GEL-Nimbus 18 uses its Trusstic System® and Guidance Trusstic System® along with a number of other stability features to help move the foot into a natural landing and takeoff. This model focuses much of its comfort and padding on the rearfoot, though the ASICS GEL is found throughout the high impact areas beneath the foot. For those of us who are midfoot and forefoot runners, the cushioning is less than ideal, but still doable.

The ASICS GEL-Nimbus 18 features a sturdy landing platform with ASICS High Abrasion Rubber and its Impact Guidance System to move your foot into a natural gait.

The GEL-Nimbus 18 also includes their Heel Clutching System®, which sits along the outside of the upper to hold the heel in place. In our case, we found that the heel counter was too severe and limited our range of movement, particularly in forefoot planting. This feature should function well for those who are concerned about having feet perpendicular to their shins, but for those interested in less stifled motion, a shoe without this particular stability feature, like the Mizuno or even the neutral Brooks Ghost, might be a better choice.

The smooth upper of the GEL-Nimbus 18 includes the ComforDry sockliner and insole. The padded heel and ankle areas felt great, but quickly gave way to the thin, seamless upper. This caused slight annoyance because it felt like a thin sock should have been used for the heel and ankles while a thick sock should have been used for the remainder of the foot. Overall, however, the upper felt good, but it received a lower rating because of the aforementioned heel counter that digs into the achilles tendon when the heel is not at a 90 degree angle or less to the leg.

The soft, padded upper of the ASICS GEL-Nimbus provides just the right amount of cushioning and comfort, though a more uniform upper would be nice.

The comparable Mizuno Wave Prophecy 5 has more uniform padding and a more secure feeling than the GEL-Nimbus 18, without the cutting heel counter, earning it a slightly higher score in upper comfort. This is a more solid upper that will not budge for your feet. If you feel you need an unmovable, but cushy shoe, this is a good choice. If you like the more traditional, flexible, malleable upper, stick with the GEL-Nimbus 18. Moving up near the top of the upper comfort category is the HOKA ONE ONE Clifton 3 with its thick, padded collar and form-fitting nylon mesh. While this is a maximalist shoe with a lower heel-to-toe drop, this is a very good choice if upper comfort in a comparable shoe is the aim.

This shoe rated near the top of breathability with its thin upper along the toes and forefoot and the ComforDry technology to manage moisture. We ranked the GEL-Nimbus just behind other models like the Nike Flex Fury 2, Brooks PureFlow 6, Saucony Kinvara 8, and Vibram V-Run because each of these running shoes either has large ventilation holes, as in the V-Runs, larger mesh gaps, as in the Flex Fury 2, or as in the case of the Kinvara 8, a multi-layered mesh system with superior breathability.

This contender is the second heaviest shoe in this lineup with a pair of men's size 11 coming in at 26.1 ounces, almost three and a half ounces lighter than the heaviest shoe, the Mizuno Wave Prophecy 5, about one ounce heavier than the Pearl Izumi E:MOTION Road N3, and almost six ounces heavier than the HOKA ONE ONE Clifton 3. Most runners looking for stability shoes will not be as focused on weight as stability features. However, if you are interested in a much lighter shoe, we suggest the Clifton 3.

Earlier in this review we referred to the GEL-Nimbus 18 as a tank and we meant it.

We only scored the Brooks Ghost 9 and Mizuno Wave Prophecy 5 higher in durability. The Brooks Ghost 9 is considered a neutral shoe, but it has a similar design and weight. The Ghost 9's thick mesh and carbon rubber allow for a more durable shoe. If stability is not necessarily the prime motive and durability in a very similar model is the motive, the neutral Ghost 9 could be a better choice. If both stability and durability are top choices, we suggest the Mizuno Wave Prophecy 5. With a less punishing heel counter, the Prophecy 5 has a thick AIRmesh upper crisscrossed by reinforcing composites and stabilizing lines sitting atop a hard carbon rubber. This substantial amount of reinforcement does make the Prophecy our heaviest shoe at 29.5 ounces a pair, but the GEL-Nimbus comes in at the second heaviest at 26.1 ounces a pair.

This shoe is ideal for over-pronators wanting a sturdy, reliable stability shoe.

The ASICS GEL-Nimbus 18 is a highly supportive shoe for overpronators, perhaps slightly too supportive, as in the case of the Heel Clutching System. This shoe is best for those who desire a very controlled, supported run. 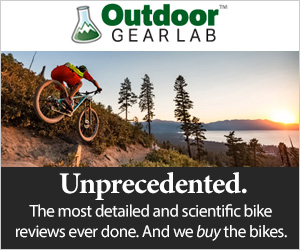 The Best Running Shoes of 2020

As we all know, this spring has been a little difficult...

So you're in the market for running shoes. But what kind...